The results of Bynet’s 2017 in figures and facts


During the last 12 months more than 31 000 new .BY and .БЕЛ  domains were registered. There are 137 319 domains registered in both national ccTLDs in total. Each 10th from them is a Cyrillic .БЕЛ. Despite the expectations of sceptics IDN domains gain their market share the second year in a row. 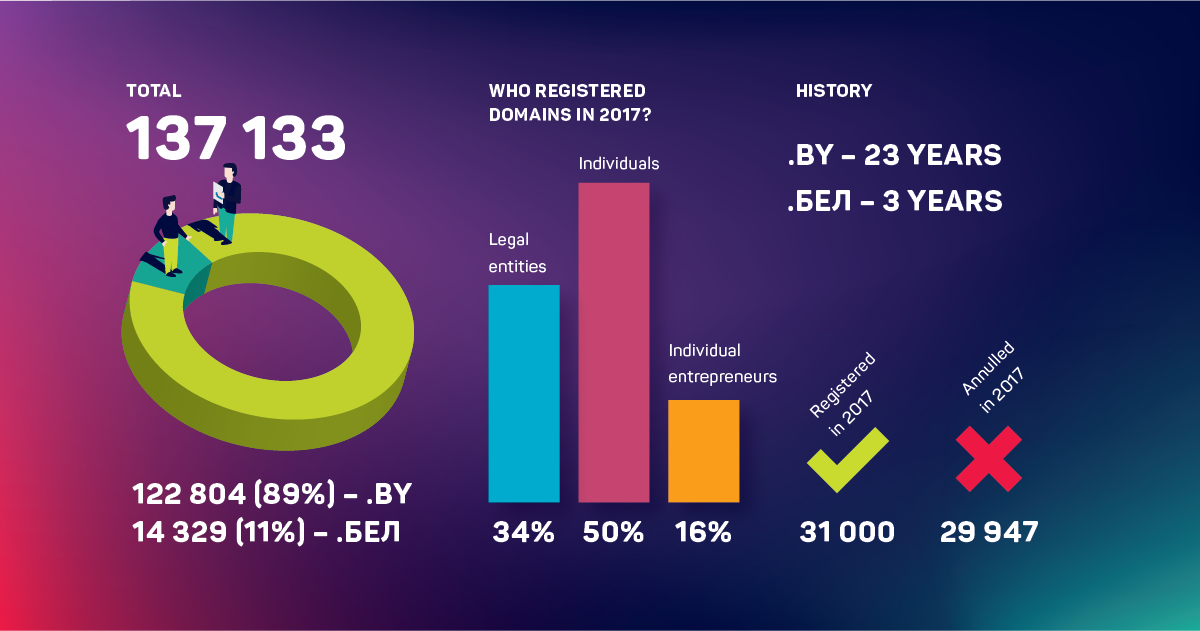 If to compare the success of .BY with the neighbouring national ccTLDs, we are somewhere in the middle. By the beginning of December, the growth is a little bit more than 1%. The best results are showed by Lithuania, where .LT gained more than 6 000 domains or 3,5% of its “weight”. .RU grew by approximately the same number of registrations, but for the 6th largest ccTLD in the world this increase is only 0,1%. This period was the toughest for Poland – according to various sources .PL decreased by 188 – 122 thousand domains, which is comparable to the whole Belarusian ccTLD. But as .PL has more than 2,5 million domains registered, this slump doesn’t seem so dramatic. 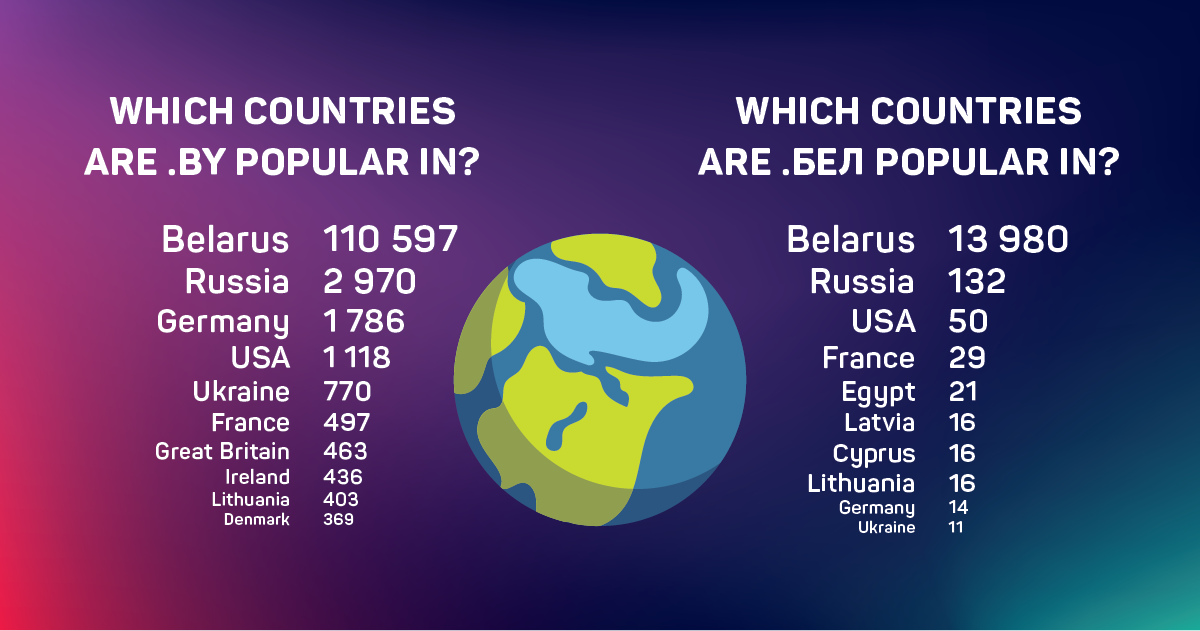 One of the remarkable trends of the latest weeks is the wave of registrations of .BY domains, connected with blockchain technologies and cryptocurrencies. More than 90 domains were bought from one of the registrars in December (30 domains using the word “coin”, 22 – “crypto”, 12 – “bitcoin”, 9 – “mining”, 8 – “token” and 4 – “blockchain”). For comparison, in January 2017 a demand for such domains was null, then up to December it was on the level of 5-15 registrations per month.

Nevertheless, it can’t be called a real stir. For example, domains with the word “remont” are 2 times more popular than with “sex” and all blockchain domains altogether.

This year is also significant for the social mission of the belarusian domains. By the middle of 2017, the total volume of funds raised after the charitable auctions of .BY and .БЕЛ domains reached $500 000. Auction, that doesn’t have any counterparts in the world, celebrated 5-years anniversary and brought more than 39 000 BYN (19 500 USD) this year. The most expensive domain of the last 12 months is ar.by, that was bought for 2545,4 BYN (1 272,7 USD). All money raised from the auction excluding the standard domain registration price are sent to the charitable accounts of the orphanages. 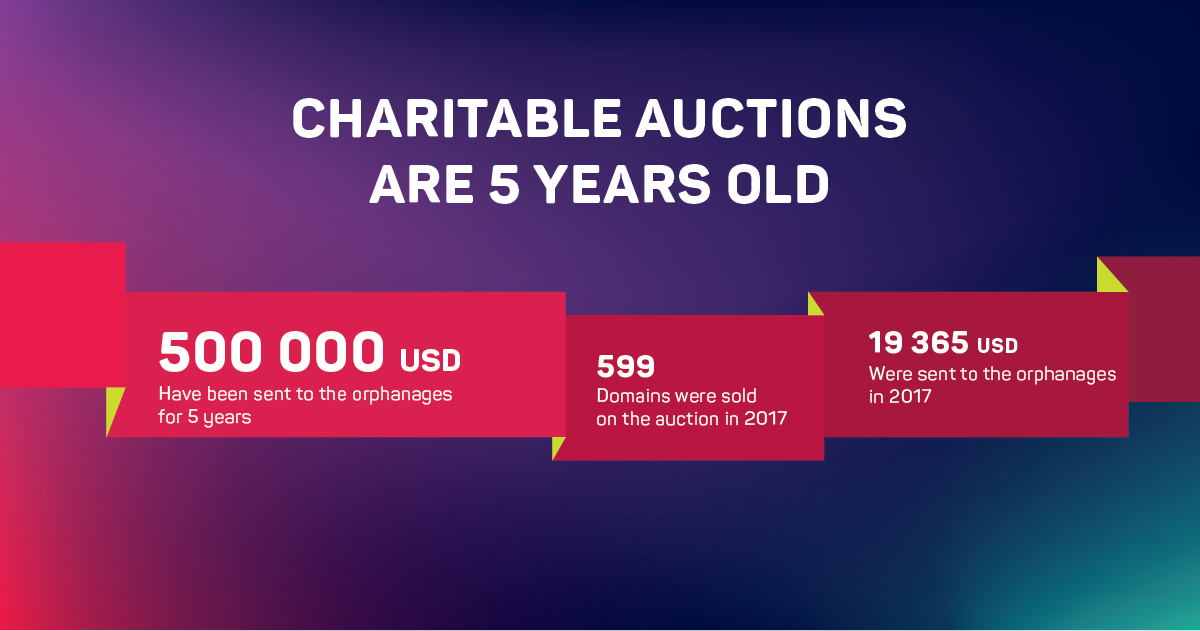 And other news – Belarus has fully run out of IPv4 addresses. As a result, there are 2,83 users per one address. It is much higher than in neighbouring Ukraine and Poland (1,93 and 1,24 correspondingly).